A computer network, also called data network, is a series of interconnected nodes that can transmit, receive and exchange data, voice and video traffic. Examples of nodes in a network include servers or modems. Computer networks generally help terminal users to share resources and communicate. They usually appear everywhere, such as homes, offices, and government offices. The use of computer networks can overcome geographical barriers and enable the sharing of information. Computer networks allow the use and sharing of an unlimited number of applications and services, including email, video, audio, and many other types of data, over the Internet.

Network devices use a variety of protocols and algorithms to specify exactly how endpoints should transmit and receive data. For example, the Ethernet standard establishes a common language for wired networks to communicate with, and the 802.11 standard does the same for wireless local area networks (WLANs).

Computer networks have a variety of uses that many would consider essential today, including the following:

Computer networks operate using a varying set of hardware and software. All packet-switched networks use Transmission Control Protocol/Internet Protocol (TCP/IP) to establish a standard means of communication. Each endpoint in a network has a unique identifier which is used to indicate the source or destination of the transmission. Identifiers include the node’s IP address or Media Access Control (MAC) address. End nodes, which are used for routing purposes, include switches and routers, servers, personal computers, telephones, networked printers, and other computing devices, as well as sensors and actuators. The OSI (Open Systems Interconnection) model defines how data is transferred between computers.

A network’s capacity is the amount of traffic the network can support at any one time while meeting service level agreements (SLAs). Network capacity is measured in terms of bandwidth. Bandwidth is quantified by the theoretical maximum number of bits per second (bps) that can pass through a network device. Throughput is a measure of the actual speed of a successful transmission after taking into account factors such as latency, processing power, and protocol overhead.

The advantages of using computer networks are:

Networks are often categorized by the wired or wireless transmission technology they support, as well as the scope of their domains. Here are some examples of computer networks:

Networks can also be divided into subnets, also called subnets.

Networks can be public or private. While anyone can access the public Internet, access to private and virtually private networks requires the end user to be assigned access credentials.

In the enterprise, network access control (NAC) systems typically use security policies to control access to the organization’s network. This means that network devices are not allowed to connect unless they follow a predefined business policy, which is enforced by NAC products. Once deployed, NAC systems immediately discover all devices connected to a network, categorize them by type, and then respond based on pre-configured compliance rules enforced by the organization’s security team.

NAC products enable device access to a network on a per-device basis, with granular controls over the type and level of access allowed. These controls are enforced by policies defined in a central control system. Most NAC systems can also integrate with Active Directory (AD) to control network access based on Group Policy, ensuring users only have the network access they need to do their jobs. .

A network topology is the physical or logical structure of a network. Network topologies include the following:

Network topologies are the physical or logical structure of a network. The term network fabric describes how each topology creates a particular type of criss-cross connection pattern, such as bus, ring, and star topologies. Word Fabric is used as an allusion to the threads of a fabric. A good way to remember the difference is that the network structures describe a network topology. 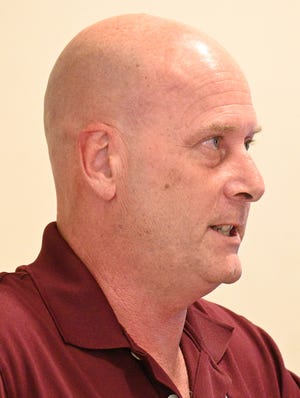